17 years and over.
W/ parents if under

Programs start
at any day

What Woman Support programs are available to volunteer Abroad? 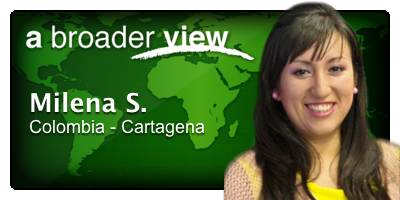 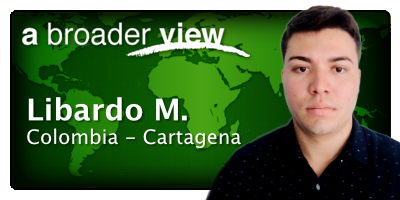 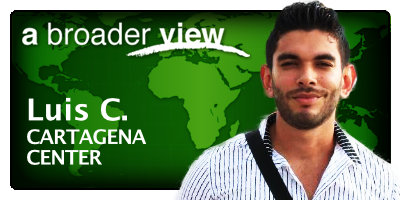 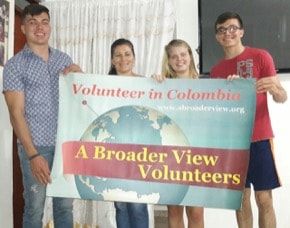 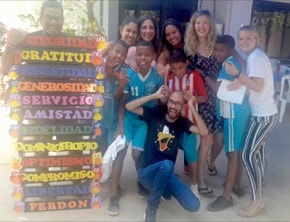 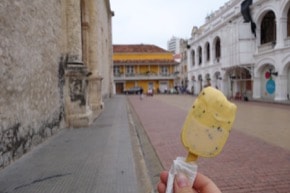 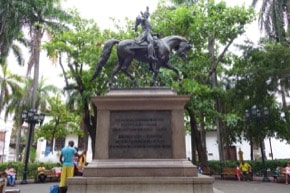 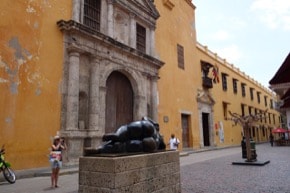 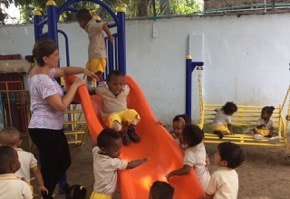 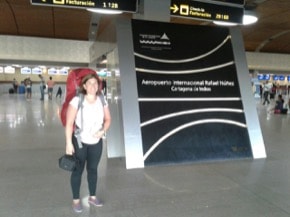 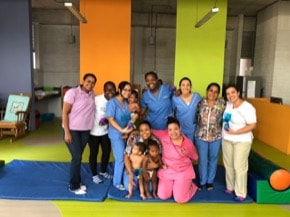 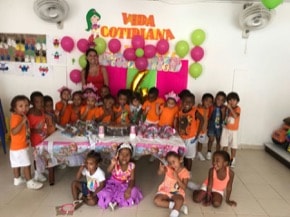 Since A Broader View Volunteers is a 501c(3) charitable organization, You can fundraise (optional) for the expenses of the trip after you get confirmed in our programs. Prices are per person and in US dollars (US$).

Since our programs sometimes depend on the local holiday calendar, there are brief occasions when normal programs work is suspended. For example, schools/daycares often close for long winter/summer vacations. During these times, we arrange for alternative work programs that are similar in substance to our ongoing programs, but address the short-term, direct needs of the local communities.

If you would like to arrange your start and end dates around the local holidays, please call us at 1.866.423.3258 or email us at [email protected].

A Broader View Volunteers work tirelessly year round to support our volunteers, and also to serve the local communities where ABV projects are based. As a tax-exempt 501 c(3) organization A Broader View receive 100% of our funding from volunteer contributions. Through your program fee contribution our non-profit charity organization can operate beneficial humanitarian aid programs which are successful and continuous supported year round.

Local, professional full-time coordinators, placement logistics, airport pick up and departure transportation, arrival orientation, food & local accommodations, are a major part of providing a safe, meaningful volunteer experience. When you join A Broader View, you will receive pre-trip visa and vaccination support, assistance with flights, fundraising planning, through our interactive online volunteer portal. Our local partners not only benefit from volunteers valuable contributions at the project, they benefit financially with year-round monetary support from A Broader View. In the last decade A Broader View has donated over 4.5 million dollars in international aid.

By joining A Broader View you are not only helping to make a difference during your own trip, your impact will last even after you go home.

Once in country our local coordinator can help you find the most reliable and safe tour agencies for weekend trips, you can pay in cash or in most locations with a credit card. These tours are not part of the ABV fees.

Experience all of Cartagena’s historical highlights on a comprehensive tour of one of Colombia’s most vibrant cities. Immerse yourself in the Caribbean color and cultural flair of the city as you visit revered museums, iconic fortresses, and impressive monuments. Admire the astonishing colonial architecture of the area, and explore the glittering exhibitions of the Cartagena Naval Museum, the entrance fee to which is included. Cartagena city sightseeing tour Visit Isla de Manga, the Catedral de San Pedro Claver, and the Cartagena Naval Museum Take a guided visit to Castillo San Felipe and Cerro de la Popa All entrance fees and round-trip hotel transportation included.

Colombia’s topography goes from windswept beaches to rugged mountain tops. The resulting biodiversity is among the highest in the world. During this round trip half-day, bird-lovers tour in Cartagena, you’ll witness that diversity first hand by exploring the National Aviary of Colombia.You’ll learn all about their ongoing research and conservation efforts while marveling over the incredible diversity on display in their various habitat zones.

The mud baths at Volcan de Lodo El Totumo are a popular day trip from Cartagena, known for their rejuvenating properties. Booking a tour makes it easy to visit the baths without planning your time, researching costs, or figuring out transportation for the 45-minute drive. Plus, this tour includes a stop at the Caribbean beach Manzanillo del Mar and a typical Colombian-style lunch for a relaxing tour at great value.

Escape the city and head out to the Rosario Islands on this all-day trip from Cartagena. Arrive at Isla del Pirata, one of the islands that makes up the Caribbean archipelago. There, you’ll be able to relax on the beach, cruise around on a paddleboard, snorkel off the main island of Isla Grande, and more. The trip also includes lunch.

The November 11th festivities celebrating the Independence of Cartagena and the Indigenous Bagpipe Festival in San Jacinto are but two examples of the joy you can experience in this part of the country.

The hill of La Popa, the castle of San Felipe, the Adolfo Mejia Theatre, and the Gethsemane auditorium are some of the venues where the musical works of the most renowned composers in history are performed for residents and visitors of Cartagena (nicknamed “La Heroica”) every January, during the Cartagena International Music Festival. Invited artists give concerts and talks throughout the duration of the festival.

Every November, Colombia becomes a huge party thanks to the National Beauty Pageant, which has been held in Cartagena since 1934 in order to unite Colombian regions around the beauty of Colombian women. Numerous events are held during the Pageant and women from all around Colombia participate.

The Cartagena de Indias International Film Festival (FICCI) is held every year in March. This event, which shines a spotlight on Latin American cinema, began in 1960, when it was held in the Teatro Cartagena and featured productions from 30 countries and artists such as Rita Hayworth.

The City’s Independence is celebrated on November 11th in Cartagena, which was the first province to declare itself free of the Spanish crown. The celebration includes festivals and colorful float parades, where people enjoy music and dance performances inspired by African and Caribbean rhythms.

One of the main expressions of Colombian folklore can be enjoyed every August during the San Jacinto Bagpipes National Indigenous Festival. San Jacinto is located 71 miles from Cartagena, and is well-known as the birthplace of many great musicians and jugglers. The event serves to rescue and preserve the cultural values of the Colombian Caribbean region.

Cartagena hosts the Sweets Festival every Easter as a way to keep folk traditions alive in the city. This event features homemade sweets in public squares, streets, and shopping centers; sweet makers participate by preparing samples to delight festival goers.

During the festival of Our Lady of La Candelaria, faith is on display when a large crowd process toward La Popa Hill, worshipping the image of the patron saint of Cartagena.

Day One: Our local coordinator/staff will give you an orientation and will accompany you to your program. You will be shown how to manage the commute (bus, taxi, walking). You will be introduced to the site director and discuss your role at the project. Volunteers typically work a morning and an afternoon shift each lasting about 3-5 hours.

Weekdays: A typical volunteer day is as follows:

Note: This is an example schedule. Volunteer work hours can vary depending on the program and the location.

Evenings: For peace of mind and to ensure the well-being of our volunteers, a nightly curfew of 21:30PM is in place from Sunday to Thursday. Curfew is set at 12:00AM for Friday and Saturday. (All volunteers must comply with their home country’s legal drinking age).

Volunteers have several ways to stay in touch with their family/friends back home and with the ABV local staff while they are overseas. All city/urban program locations have access to internet/cyber cafes which typically charge hourly rates ($1-$2). The majority of ABV guesthouses, homestays have WIFI access (fees apply), and have land line telephone numbers. Even rural program locations have mobile phone service, and small towns nearby with internet facilities. All ABV staff use mobile phones to stay in contact with their volunteers.

Before traveling volunteers should contact their mobile phone provider and ask about international call/texting plans. Volunteers should consider buying a portable wifi device (especially in rural locations). If planning on traveling with your own mobile phone volunteers should look at apps like Skype, FaceTime and WhatsApp to stay connected through messenger or short calls home. Volunteers can rent a wireless phone or buy a cheap throwaway phone once they arrive in-country. In some locations you can do that for less than $50. In fact, your regular carrier may even offer overseas rentals. ABV local staff will assist you and show you where to purchase SIM cards.

Once you arrive in-country and settled in, our ABV staff will help you contact home to let someone know you arrived safely. All volunteers are also given an emergency phone number on their Volunteer Guide/summary, which is available 24/7 to contact ABV staff.

When can I travel?

Easy. Choose the dates that work best for you. Although some programs have date restrictions the majority of our volunteer programs are available year round. Volunteers select their own program start date and complete an online application. Once you have been accepted and dates approved, ABV will ask you to confirm your registration by paying a us$120 included in the overall fee.

The safety of our volunteers is paramount for A Broader View Volunteers. The majority of ABV Volunteers travel and serve without major incident. However, programs are based in some of the least developed countries and in some of the most remote areas in the world, health, safety, and security risks are an unavoidable part of life and international service. To address these concerns and to safeguard the well-being of our program participants, A Broader View has safety protocols and security procedures for all programs:

Every staff member of A Broader View is committed to providing volunteers with the support they need to successfully meet the challenges they will face to have a safe, healthy, and productive service. The success of each ABV volunteer is our prime goal. We rely on volunteers to exercise personal responsibility and demonstrate both a keen awareness of the world around them and a willingness to adjust their behavior in a manner that will enhance their safety and well-being. In the end, your efforts will be rewarded with an incredible, unique experience.

The emergency lines are staffed by an A Broader View:

ABV in a nut shell