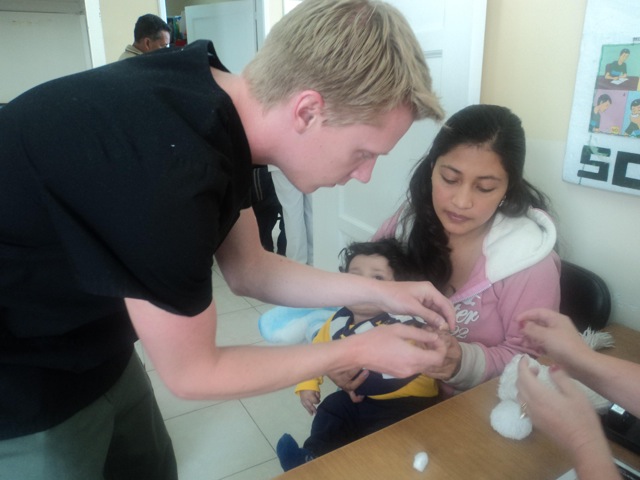 1- How were the local ABV Coordinator and the support provided in-country?
The local ABV coordinator was fantastic! She made it very clear that if I ever needed anything, all I had to do was ask. She did everything she could to make sure that I had everything that I needed. She also made sure that I was happy with my project. For the first three weeks, I did not really enjoy my project so she let me change to the health center. When I first arrived I did not live with her, but with another lady. About halfway through the project, it was just me and the host mom in the house. I asked to switch locations to be closer to the other volunteers and she happily let me move to her house. She was great!

2- What was the most surprising thing you experienced?
There are a few things that really surprised me. First, the people here generally have less money than people from the United States, but they seem to be happier in general. Second, the people here are incredibly nice. Multiple times when I needed help, I would ask a random person and they would go completely out of their way to help me. At the health center, patient confidentiality is not very strict which was interesting. Histories were taken in the presence of other people which would never happen in the United States. 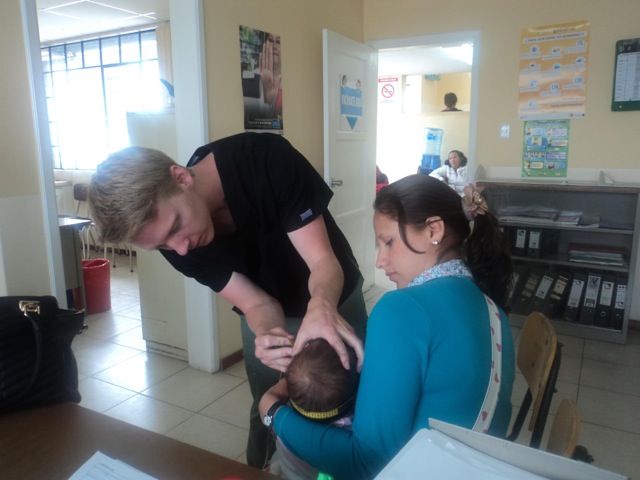 3- What was most difficult to experience?
Working in a place where no one spoke English was probably the most difficult. I speak decent Spanish but it was still difficult to understand the doctors at times. It got easier after a few weeks but at first, it was overwhelming. Being in a foreign country where I literally knew no one was also difficult. For the first few weeks, I felt pretty homesick but after I got to know the other volunteers as well as the people at the project it was much easier.

4- Any tips for future volunteers… (Clothing, travel, personal items, donations)
YES! Bring a rain jacket, as it rains almost every day in Quito during the rainy season. Do everything you can. Talk to people and get to know them as much as you can. Your project will be so much better if you can have a social life outside of your volunteer project. Finding friends to go dancing, traveling, etc is the best! Try to go somewhere every weekend. Ecuador is so small that you can jump on a bus Friday night, be there Saturday morning and spend the entire weekend in a different place.

5.1-Other things volunteers should know:
a. Try not to speak English while you are there. Immersion is key if you want to learn
b. Try new things! Step out of your comfort zone a little bit
c. Beware of the street food, you will likely get a stomach bug if you are not careful 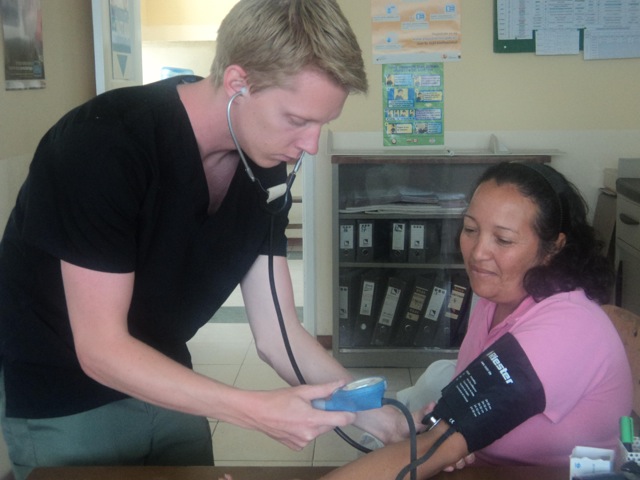 6- Personal Paragraph (ABV Program Testimonial):
When I first arrived in Quito I was completely surprised. It was my first time out of the country and I literally knew no one in Quito and my Spanish was not that great. I felt lonely for the first week or two but after I got to know the other volunteer's things totally changed. We would hang out multiple times per week outside of volunteering, and we also met volunteers from other organizations. The social life in Quito was great! The volunteering was also very eye-opening. The medical center is so much different from one in the United States and it was incredible to be able to volunteer there and gain a broader view of the world.

7- How would you describe your accommodation, meals, security (e: host family, on-site, shared)
The accommodation was great. Three meals were prepared every day so I did not have to worry about cooking. I lived in two places. The first was with a single older lady and she was a great host. The second was a family and they were one of the nicest families I have ever met! I could not have asked for better accommodations.

8- What was your favorite memory of this trip?
I can’t pick just one, so I will do one from the medical center and one from traveling. My favorite memory of the medical center is when two interns and I walked around the neighborhood looking for children who had not been vaccinated. If we found children without the necessary vaccinations we would do it right there in the street. From traveling, my favorite memory is going to Montanita and Puerto Lopez with two other volunteers and an Ecuadorian. We surfed in Montanita, watched the world cup final and then headed to Puerto Lopez to do a tour of Isla de la Plata.

9- How was the ABV USA support prior to traveling?
It was fantastic. They were on top of everything (even though I wasn’t) and made me feel like they cared about my experience.

10 – Are you willing to speak to other potential ABV volunteers?
Yes!